More than half a century ago, Jim Marshall, the founder of Marshall Amplification, began building amps in the back of his West London music shop.
This was in response to the many conversations he’d had with the likes of Pete Townshend, Ritchie Blackmore and many other artists, about how they just could not find the sound they were looking for. They wanted a sound that was more powerful; more than that, they wanted ‘tone’, and they wanted it loud.
Jim discovered that pushing the valves harder inside an amplifier would produce the sweet, harmonically complex tone that Townshend, Blackmore and others were looking for. He set to work with his team on what was to become the archetypal rock guitar amplifier: the JTM45. And with the JTM45 was born a revolution: the ‘Marshall Sound’.

Marshall amplifiers have been, and are, used by many great guitarists, with the iconic ‘wall of Marshalls’ being the backdrop to uncountable live performances: Hendrix, The Who, Led Zeppelin, AD/DC, the list goes on.

Having played a pivotal role in rock music’s sonic evolution over the past five decades, the Marshall sound has become the ‘sound of rock’, with the Marshall script logo and the ‘stack’ or half ‘stack’ being immediately recognisable the world over. To become such a global icon takes dedication, innovation and passion; a passion for making genre defining amps; a passion for music.

Share our passion for music – whether you’re learning to play guitar or performing in front of thousands, there’s a Marshall amp for you. 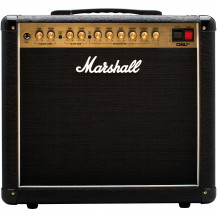 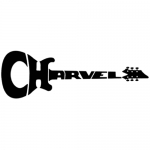 Amplify your summer - sale has started!

Buy Focusrite audio interface and get 1300 EUR worth bundle of plug-ins for ...

Amplify your summer - sale has started!

Buy Focusrite audio interface and get 1300 EUR worth bundle of plug-ins for ...